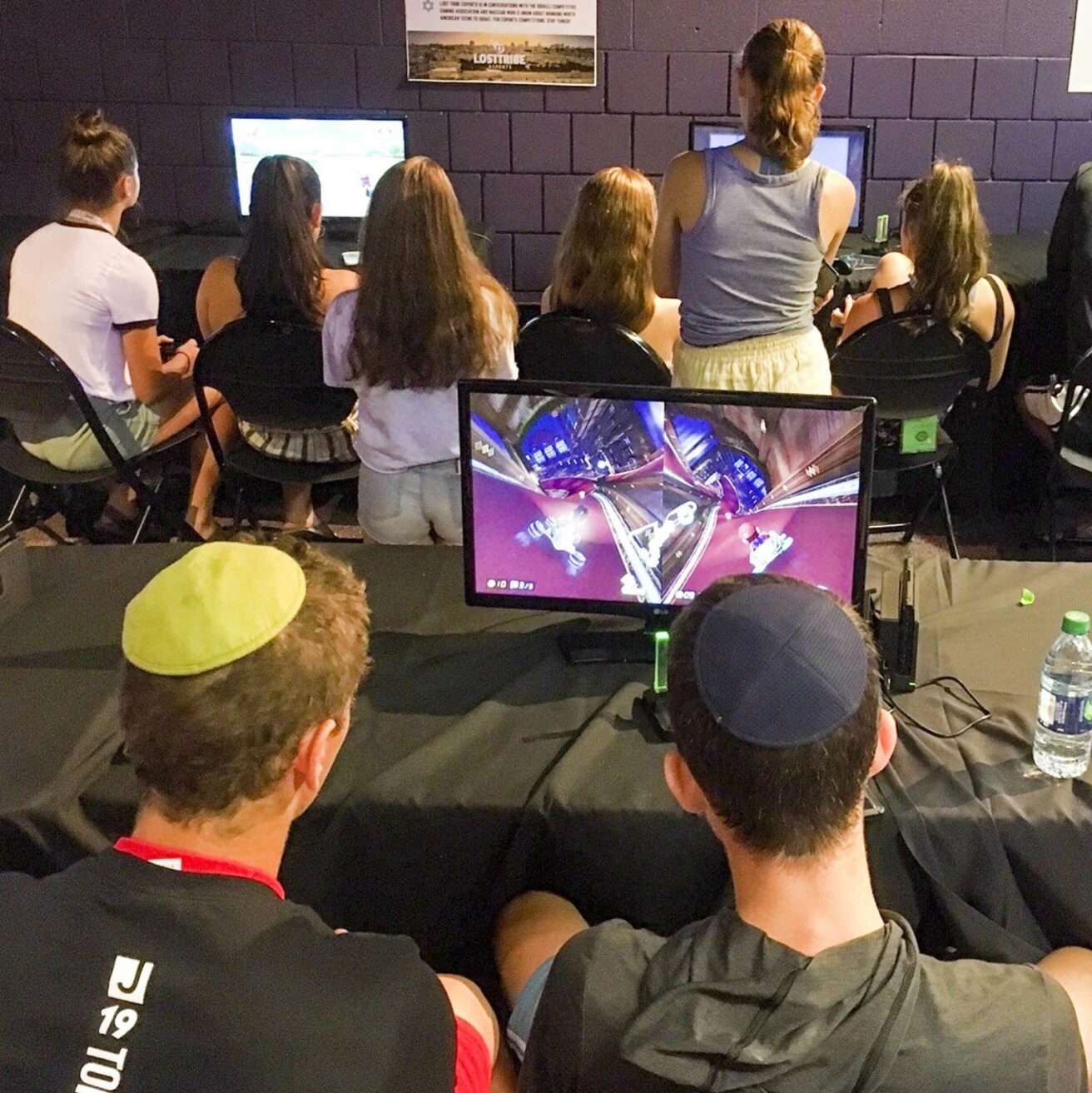 Lost Tribe Esports engaged teen athletes and artists from around the world for a second consecutive week, this time at the JCC Maccabi Games & ArtsFest in Detroit. Combined with Atlanta last week, well over 1,500 teens gamed with us at JCC Maccabi — or 56% of the 2019 athletes and artists. Our first collaboration with JCC Maccabi was a tremendous success, and demonstrated that enthusiasm for competitive video gaming is widespread among Jewish teens.

Visitors to our high-energy, 21-station esports centers in Atlanta and Detroit witnessed teens from dozens of communities exchanging names and handshakes after bonding over gaming.

Our survey of over 1600 JCC Maccabi athletes yielded dramatic data confirming that gaming is a primary driver of friendships and connection among today’s Jewish teens:

• 59% report having made new friends through playing video games

Leaders from 18 North American JCCs — as well as communities in Israel, Canada, Great Britain, and Mexico — approached us, eager to bring esports to their communities, and looking to Lost Tribe Esports to help them make it happen. They recognize the power of esports as a connector, and are anxious to leverage the opportunity to attract and retain young people. Food coma incoming 🤤 did we miss anything?